Members may host a Mexican delegation or send staff to Mexico to study a mutual topic of interest related to government transparency, accountability, or improvement. 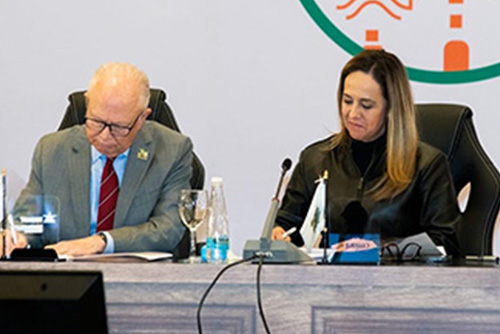 NASACT member offices may now promote job opportunities using the Career Center feature on our website. This is a free resource for members!

SEVERAL RECOGNIZED IN AUGUST WITH NASACT AWARDS
By: 9/6/2022 0 Comments

Several NASACT members and former members were honored with awards at the recent 2022 NASACT Annual Conference, held in Charleston, South Carolina, on August 21-24. 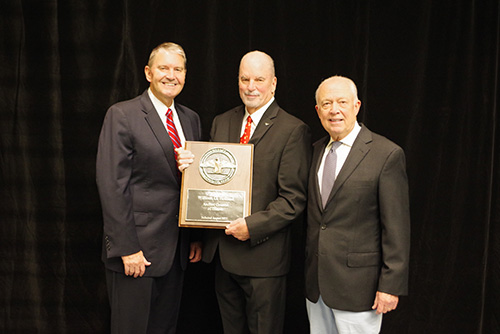 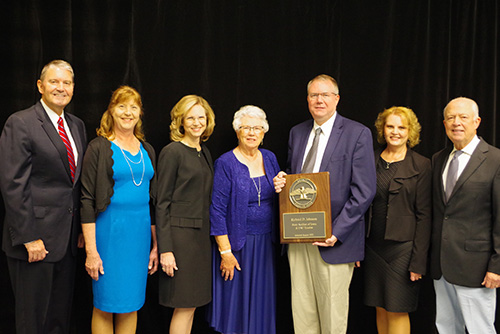 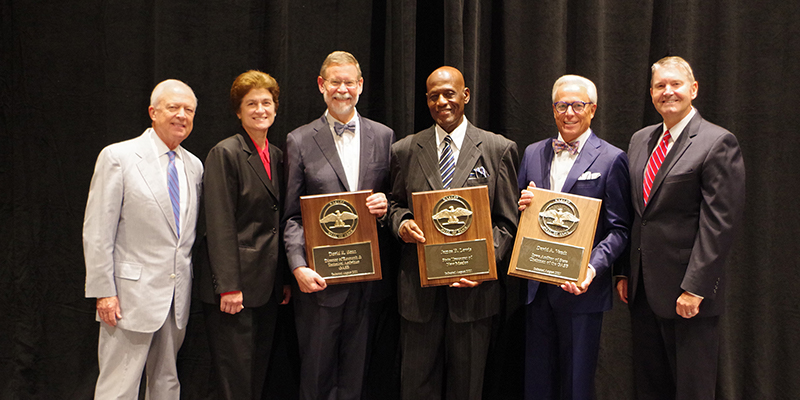 David R. Bean, James B. Lewis and David A. Vaudt are this year's NASACT Hall of Fame inductees.

A government that chooses a versatile, flexible financial management system, designed to serve the whole enterprise, from a vendor that will adapt its solutions to evolving requirements, will be in a strong position to thrive, whatever the future may bring.

Changes to the MOU are aimed at addressing some of the criticisms of the FAF by the government organizations following the appointment of the GASB chair in December 2019.

Announcement on Not Needing to Notify SPD about Low-Risk Designation
By: 11/6/2019 0 Comments

Public and non-profit institutions participating in the Title IV programs that submit a Single Audit that does not include the Student Financial Assistance Cluster as a major program are not required to notify their respective School Participation Division of any low-risk designation for fiscal years ending within calendar year 2019 and future fiscal years.

On September 20, 2019, the OMB issued a corrected edition of the 2019 Compliance Supplement (Supplement) which is dated August 2019 and replaces the previously released edition dated June 2019.

Understanding Financing Options Used For Public Infrastructure (“the Primer”) provides an overview of tax-exempt bond and other financings used by state and local governments and entities.

See NASACT's letter to OMB regarding an instance where the Uniform Guidance references generally accepted accounting principles and the GAAP is changing as a result of a recently issued standard from the GASB.

Unlike many public sector agencies that are just beginning to move to the cloud, Nebraska had a different kind of IT problem — managing a hybrid patchwork of on-premises and cloud solutions from four different vendors.

How can your agency tap into here-and-now digital innovation? Consider a recent Accenture study of government innovation. Spanning nearly 600 government executives in 10 countries, the survey set out to understand what it takes to be innovative—in other words, what an agency must do culturally and operationally to transform itself into a Center of Innovation.

The overwhelming majority of NASACT members responding to the ITC agree that the exchange/non-exchange model is the best to classify transactions in a governmental environment.

On March 20, the Executive Committee unanimously elected Arkansas Legislative Auditor Roger A. Norman as NASACT’s president. His term will conclude at the 2018 NASACT Annual Conference.

The NASACT Hall of Fame was created to recognize an elite group of individuals who over their professional careers have made major and enduring impacts on state government financial management. Nominations should be completed and submitted by 5:00 p.m. Eastern time on Friday, March 23.

The U.S. Department of Health and Human Service’s Center for Disease and Control Prevention recently released clarification on using the Single Audit to comply with section 1906(b) of the Public Health Service (PHS) Act.

Change has always been a constant for public sector organizations. But a new reality has dawned over the last several years: Anyone who bets against an acceleration in the pace of change is bound to be caught off guard.

NASACT is pleased to announce the 2017 inductees into the NASACT Hall of Fame: Robert Attmore, Harlan Boyles and Harvey Eckert.

GAO noted that the new Yellow Book will include a big change in the peer review area specifically with organizations that are not affiliated with a recognized organization. For these organizations, there are several additional peer review requirements.

The board of trustees of the Financial Accounting Foundation today appointed Kristopher E. Knight, Delaware's deputy secretary of state and director of the state's Division of Corporations, to a five-year term on the Governmental Accounting Standards Board GASB. The FAF also reappointed veteran governmental auditor James E. Brown to a second term on the GASB.

The extensive data required to be disclosed by Statement 77, along with national media attention on each new announcement by the White House, will drive greater demand for transparency and accountability from governments on the use of tax abatements and their impact on other programs and priorities.

NASACT recently made a few changes to the webinar attendance and CPE verification process. We think you will be pleased! We have taken a manual, paper-based process and converted it to one that is completely electronic.

NASACT Joins Other Groups to Express Concerns Over the Department of Education's Audit Requirements of Title IV Student Aid Programs
By: 11/7/2016 Comments

NASACT recently joined the American Institute of Certified Public Accountants, the Council of Governmental Relations and National Association of College and University Business Officers to sign a letter outlining concerns over the U.S. Department of Education audit requirements pertaining to Title IV funds.

State auditors representing states across the country met on November 30 with the U.S. Government Accountability Office, U.S. Office of Management and Budget and several federal agencies to discuss current efforts to reduce improper payments and how state auditors can play a pivotal role in tackling the issue.

NASACT Community Loses a Friend and Colleague
By: NASACT 11/17/2016 Comments

Van Daniker was a relentless advocate of government accountability. In his roles as a professor of government accounting at the University of Kentucky and as executive director of both NASACT and the Association of Government Accountants, he suggested dozens of initiatives to motivate and encourage students and government officials to promote excellence in public sector finance.

Few would dispute the potential payoffs of modern analytics -- Âintegrating data, analyzing it in new and innovative ways, and then making data-driven insights available in a fast and actionable format. In Accenture's view, analytics is key to fulfilling the transformation we think governments should make.

The Governmental Accounting Standards Board has issued a survey to research the effectiveness of indicators of severe financial stress of state and local governments. The survey is intended to gather feedback on these broad questions...

On May 18, 2016, NASACT provided a response to the Leases exposure draft from the Governmental Accounting Standards Board. On June 29, during the GASB public hearings, Alan Skelton, state accounting officer of Georgia, provided testimony on behalf of the association on the Leases ED. Mr. Skelton is also NASACT's representative on the Governmental Accounting Standards Advisory Council...